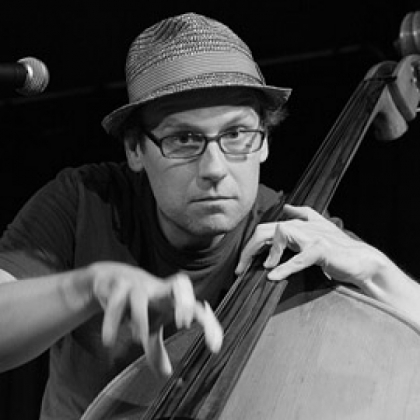 Breinschmid Georg was born in 1973 and lives in Vienna.
And 'one of the leading Austrian jazz musicians on the international scene.

Breinschmid Georg was born in 1973 and lives in Vienna.
And 'one of the leading Austrian jazz musicians on the international scene.
Breinschmid studied classical bass at the Academy of Music in Vienna and it was during his studies in various Viennese orchestras (Vienna Philharmonic, Vienna Symphony Orchestra, among others), as well as chamber music, including counterpoint together and Ensemble La series operates.
At the same time he was also active as a jazz musician and has collaborated with violinist Zipflo Weinrich.
From 1994 to 1996 he was engaged in low Tonkünstlerorchester 1996 to 1998 with the Vienna Philharmonic.
Soon he decided to turn his back and devote more attention to his passion for jazz.
In 1999 he became a freelance jazz musician and emerges as one of the most versatile bass players and virtuosi of the international jazz scene.
He worked among others with Archie Shepp, Charlie Mariano, Kenny Drew jr., Bireli Lagrene, Wolfgang Muthspiel, Triology, Mega Blast together.
From 1999 to 2006 he was the bassist of the Vienna Art Orchestra.
Insiders and critics talk about how bassist Georg Breinschmid most interesting in contemporary jazz.
His compositions are formations such as the Ensemble Amarcord Wien, Ensemble Bass Instinct and the Australian Chamber Orchestra (2011, with Benjamin Schmid as soloist) listed.
2011 Breinschmid presented for the first time a complete evening of his compositions with symphonic orchestra, the Orchestra of Musicians of Lower Austria (in the Great Hall of the Musikverein in Vienna).
2012/13 there are additional benefits with Breinschmid DIY Symphony Orchestra, among others, the Philharmonic Orchestra of Brno (CZ), the Symphony Orchestra of Vorarlberg (A), the Tyrolean Symphony Orchestra Innsbruck (A), the Bruckner Orchester Linz (A) 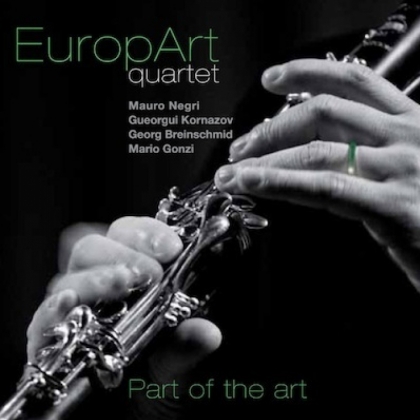