Born in Cagliari, he began studying the guitar at the age 'of nine years directing most of his research in the context of jazz music.

Born in Cagliari, he began studying the guitar at the age 'of nine years directing most of his research in the context of jazz music.
Active since the mid-80s, in recent years he has played and recorded and collaborated with many prominent members of the Italian and international jazz, such as Paolo Fresu, Alex Foster, John Clark, Enrico Rava, Enrico Pieranunzi, Steve Grossmann, Maria Pia de Vito, Billy Cobham, Dede Ceccarelli, Rita Marcotulli, Franco Ambrosetti, Franco D'Andrea, Emanuel Bex, Carol Welsman, Danilo Rea, Eddie Martinez, Gianluigi Trovesi, Antonello Salis, Roberto Gatto, Flavio Boltro, Paul McCandless, Jaribu Shahid, Paolo Damiani, Peter Tonolo, John Stowell etc...
It looks to national prominence by winning the national competition in 91 "JAZZ CONTEST 'with the group Sardinia Quartet and up to '93 divides his work with the jazz music business, working with various orchestras for RAI and Fininvest always born in '93 his first record as a leader in collaboration with Franco D 'Andrea, which leads him to focus its activities primarily in jazz.
Has recorded approximately eighty discs, of which fifteen as a leader and co-leader has participated in the most important Italian and foreign festivals and currently runs several formations in its name whose are part of the great names of Italian jazz as Rita Marcotulli, Javier Girotto, Paolino Dalla Porta, Fabrizio Sferra for years and is part of the "Devil quartet" by Paolo Fresu and the group "Apogee" John Thomas. 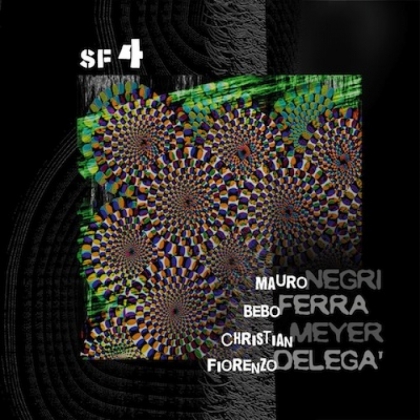