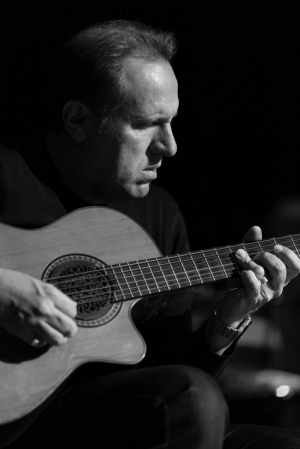 TRJ Records would like contribute to preservation of vinyl and record stores.
Here 6 new tracks recorded in 2007 come back to revive with analog mastering for 12" LP that will release in Limited Edition for April 13th .
The worldwide day of record stores "Record Store Day 2019”.
Work Out! - Soul Clap
There is so much imagination, desire to explore and discover in the "Soul Clap" of the Work Out! In side 1 the vinyl grooves reveal the first 3 unreleased tracks of bassist Gabriele Rampi Ungar, while in side 2 we find 3 covers of great artistic depth. The Jazz Funk music of the Work Out! goes in search of the past and the roots, trying to build something that looks at the present and the future, ideas and experiments to be cultivated with dedication. At the base of playing together there is first and foremost the fun of those behind the instruments, warm lows, enthralling grooves, pressing rhythms and engaging refrains, which from Jazz encompass Funk and Soul sounds typical of black music. A mixture that reveals itself retro sounds, pushes towards modern and contaminated expressive solutions, creating a lively and personal sound, with a precise aesthetics and a strong character. Don't miss it!
Nicola Bardini - tenor & soprano sax
Simone Pederzoli - trombone
Federico Squassabia - keyboards
Gabriele Rampi Ungar - bass
Riccardo Bringhenti - drums

Peppe D’Avino’s quartet” is the result of a close-knit trio with a fifteen-year long history: Peppe D’Avino, Alessandro Vaccaro and Matteo Milesi started their collaboration in 2004 and since then they have been performing songs by several composers from the jazz tradition. The trio, depending on the musical repertoire, has often switched its soloist, getting to the collaboration with the virtuoso saxophonist Guido Bombardieri.

The songs, composed by Peppe D’Avino between 2016 and 2017, express a “nazionalpopolare” melody.
Live recordings aim to convey the feeling of being in a jazz club, listening to live music.
The mastery of Carlo Cantini, in his recording studio, has helped to create the right blend. 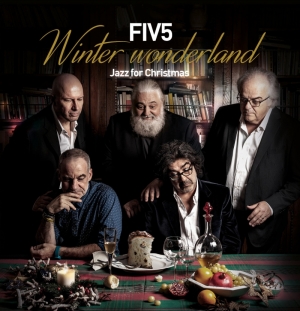 One Concert remember to Stefano Gueresi 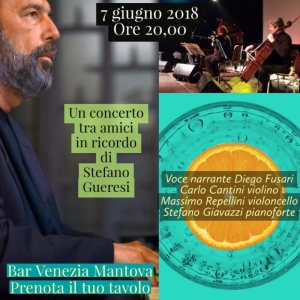 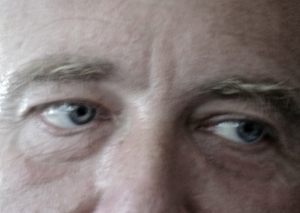 Snap Trio, featuring Franco Capiluppi (trumpet/flugelhorn), Stefano Caniato (piano) and Marco Cocconi (6 string electric bass), is a brand new combo.
The three musicians, who have a longtime musical collaboration, in summer 2017 were booked for a gig with no drummer on the bill.
The particular sound of this combo intrigued them immediately, so they decided to create a new project dedicated to the great trumpeter Chet Baker.

We remember with affection Stefano Gueresi.
The musician and friend is dead Friday, June 9, in the morning at Carlo Poma in Mantua, where he was hospitalized for a few days after heart problems.
Fifty-six years and a life dedicated to music that, successfully, had led him to perform in national and international theaters.
With Stefano, a person of great sensibility and honesty disappears.
Your music will always be with us.
Good Trip Dear Stefano and Thank you for your example, your teachings, your goodness.
Roberto Tiranti

Coming out the new album of Gabriella Mazza "voice" and Marco Gamba "double bass".
Recorded: Bergamo "italy" by Paolo Pelandi (P.Lion).
Gabriella Mazza (vocals) and Marco Gamba (bass) have reinterpreted the most classic songs  by the  American composer George Gershwin, imbuing them  with modal and blues sounds.
The reinterpretation is made unique by the unusual way the two instruments combine and contrast at the same time, and by the use of  sampled sound sequences.
Arrangements are therefore creative and intend to be a homage to the most classic author of the 20th century.
In the duo’s work, improvisation meets  the opera and standards are proposed sometimes as  true "arias", and sometimes with a new contemporary sound.
Gabriella Mazza: Voice, Loop
Marco Gamba: El. Bass Six/Four Strings, Double Bass, Guitar Synth, Sequencer Programming

AES Paris 2016.
The 140th International AES Convention.
Europe’s largest gathering of audio professionals from around the globe.
For the occasion, TRJ Records we'll hear the new Demo Tape 2016 with our latest productions and some Analog Remastering of our catalog.
AES 4 to 7 June 2016 in Paris at the Palais des Congrès.
Stand Mulann Recording The Masters
Long Life Analog

This project includes a music CD promotion of 9 unpublished and new songs and of an arrangement of a famous song of Henri Dikongue ( composer of Cameroon) “C’est la vie”, an ethnical hit of the 90’s.
This project, created by Stefano Freddi, for the voice of Denise Dimé, wants to succeed in keeping alive the great musical, choral and cultural tradition of the Cameroonian tribal villages, around Douala.
The texts of the songs are written using oral dialects of the tribes malimba, bacoco and batanca.
Denise Dimé: Vocals
Stefano Freddi: Guitar and Keyboards
Carlo Cantini: Violin
Lorenzo Pignardi: Bass
Massimo Tuzza: Percussion
Matteo Freddi: Drums
Video YouTube

At Work debut album as organist Roberto Olzer accompanied by Maestro Giancarlo Parodi and Stefano Gori Flute.
Recordings on 12 and 13 November at the Church of St. Nicholas (Quarna Sotto) Italy.
Sound Engineer: Paolo Guerini on this occasion was responsible for the registration of Analog Magnetic Tape and Digital with equipment of the highest level.

So Sorry is a refined pop song with strong jazz influences.
It can be catalogued within the genre”Lounge” for its soft electronic atmosphere and easy listening.
This song is the single from the album Through our life, inspired by the suffused  worlds of Pop and jazz , mainly revisited using electronic instruments. Putting a label on this record could be quite a difficult task; tradition and current trends meet to bring to life a reinterpretation that seeks to be a homage to the past filtered through the experiences of present-day music.

The May 6, 2015 Letizia Brugnoli, jazz singer, won the Parma Awards 2015 as Best Actor for Summertime disk Through Our Life! During the evening the judges expressed their appreciation both for the disc to the arrangements of Roberto Sansuini.

Transform pain into beauty.
They've already done in many and among them also the musician Stefano Gueresi that as a result of a personal experience of serious illness, he composed in a few months the new album "The days are impossible."
The disc was presented February 21 at the Teatro Bibiena of Mantua, with a concert event, in collaboration with the Foundation IEO-CCM Milan and with the sponsorship of the City of Mantova.
The output of the Official CD will be 2015 April 21.
Follow Limited Edition Vinyl LP in an edition with 180 grams and "Original Master Stereo Tape".
www.stefanogueresi.com

The new section of the Press Agents is available.
The Section for the Journalist, Radio/TV and Promoters.

Elisa Marangon
ELISA NEL PAESE DELLE MERAVIGLIE
Available from May 20, 2015 on CD
I consider my first effort an attempt to compose a puzzle-poster made up of musical exeperience and personal life event pieces.
This work is characterized by a profound immersion in the lyrical vibes, synergy complicity found in the texture of contemporary jazz: K. Wheeler, F. Hersch, K. Gesing, K. Jarrett and C. Haden to name a few, all involved in aesthetic and ethical musical researching, which I have interiorized within my Italian cultural background and smooth flowing native tongue.
“Elisa in Wonderland”, manifestly inspired by Lewis Carrol's literary daring, has helped me to abandon clichés, mental, physical and didactic schemes, allowing me to conceive and write original music and iltalian texts.
www.elisamarangon.com

Announced new album release of Beppe Di Benedetto 5tet: Another Point Of View will be  avalaible from March 24, 2015.